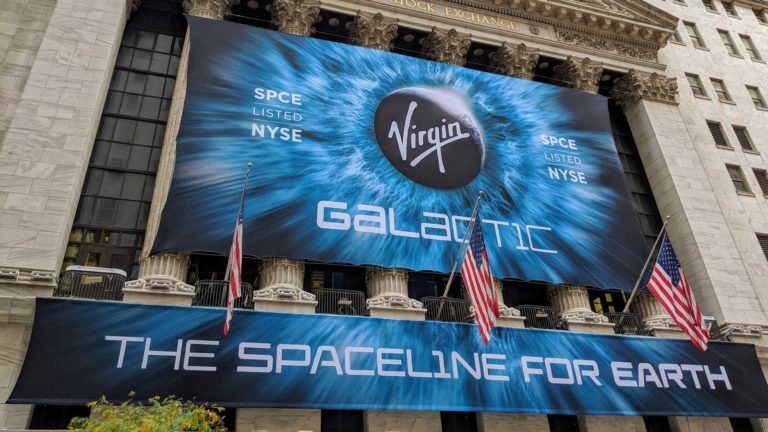 Virgin Galactic (NASDAQ:SPCE) stock is jumping 14% in early trading after the space-tourism company reiterated that it expects its flights to begin in the second quarter of this year. Additionally, the company announced that Swami Iyer, its president of aerospace systems, had stepped down from his position as of yesterday.

In addition to SPCE’s confirmation of its intention to initiate its commercial flights in Q2 and Iyer’s departure, short covering is likely helping to boost SPCE stock.

SPCE Stock: What to Know Today

Originally, Virgin Galactic said that it intended to begin taking wealthy individuals to the edge of space in 2020. But the company suffered various technical setbacks, causing its initial timeline to be delayed by years. Consequently, the reiteration of its previous guidance for a resumption of flights in Q2 is probably helping spark a relief rally in SPCE stock.

Also likely contributing to investors’ optimism, SPCE reported that the enhancements of its “mothership” had finished. Further, the company anticipates that the vessel will “enter ground tests next week before commencing flight tests to verify the enhancements to the ship.”

Meanwhile, the departure of Iyer, who presided over the company’s past difficulties, could be sparking optimism about an improvement in the company’s execution going forward.

“With the completion of the enhancement program for our mothership at hand, our streamlined leadership structure will help propel the business forward as we prepare for commercial spaceline operations,” Virgin Galactic said in a statement.

In the wake of Iyer’s departure, it appears that the responsibilities of Mike Moses, Virgin’s president of Spaceline Missions and Safety, will increase. A 17-year veteran of NASA, Moses oversaw the space agency’s “space shuttle launch operations.”

A Proliferation of Short Squeezes

SPCE stock’s rally may be part of a trend of short squeezes that has emerged this week. Among the other, popular names undergoing such squeezes recently have been retailers Bed, Bath & Beyond (NASDAQ:BBBY) and Party City (NYSE:PRTY), both of which have been reportedly preparing to declare bankruptcy.