Skip to content
Homepage / NASDAQ:COST / 7 Stocks to Buy Now Ahead of a Potentially Slow 2023

Although the new year typically brings feelings of optimism, it’s probably time for investors to consider stocks to buy ahead of a potentially slow 2023. Not to be a downer but circumstances don’t appear particularly compelling for the bulls. At the top, global recession fears rise as multiple countries struggle with inflation and coronavirus-fueled disruptions.

Translation? More than likely, the Fed will double down on its hawkish monetary policies. And that means stocks to buy that feature stable or relevant businesses should outperform the others.

While consumer technology firms typically don’t represent stocks to buy for stability’s sake, an exception can be made for Microsoft (NASDAQ:MSFT). Unlike your typical aspirational tech player, Microsoft has become fully integrated into everyday life. For instance, its Windows operating system dominates the desktop market. And although smart devices may dominate the retail segment, desktops still undergird professional operations.

In other words, it’s difficult to be productive with a tablet no matter how cute it is. Further, with major enterprises announcing layoffs, people fluent in digital business architectures will likely succeed. Cynically but realistically, this dynamic puts Microsoft in the driver’s seat.

Not surprisingly, then, analysts love MSFT, rating it a consensus strong buy. Out of 28 of Wall Street’s experts, no one has a sell rating and only three stated that it’s a hold. Thus, MSFT is one of the stocks to buy ahead of a slow 2023.

With Russia’s utterly shocking invasion of Ukraine, a lot has been made of the relevancies of hydrocarbon specialists such as Chevron (NYSE:CVX). One of the big oil firms, Chevron covers all the bases of the industry, ranging from upstream (exploration and production), midstream (storage and transportation), and downstream (refining and marketing). Naturally, CVX won big in 2022, gaining over 46% on a year-to-date basis.

Still, questions surround the sustainability of Chevron and its ilk. With countries waking up to the dangers of energy dependency on unreliable partners, many fast-tracked renewable energy initiatives. The thing is, such projects will take time to implement. And some regions just don’t have the geographical or climate-based endowment to support renewable infrastructures.

Therefore, CVX represents one of the stocks to buy for ongoing relevancies. To be fair, analysts have started to shy away from Chevron, rating it a consensus hold. Nevertheless, hedge funds – or smart money – built up their position in CVX significantly. In this case, I think they’re on the right path.

One of the more boring stocks to buy that you can think of, Colgate-Palmolive (NYSE:CL) won’t get your blood flowing. However, boring is good during uncertain times. Primarily, Colgate-Palmolive benefits from inelastic demand. Stated differently, no matter what happens to the underlying products’ pricing, they benefit from consistent, predictable demand.

For example, people should usually aim to brush their teeth three times a day, along with flossing at least once a day. Now, whether a recession materializes or not, dentists will still recommend a typical teeth-cleaning regimen. Further, with economic pressures building, some folks might skip a dental appointment or two – just like during the Covid-19 days.

According to analysts, CL rates as a consensus moderate buy. It’s not the most confident of assessments: among 13 analysts, six rated it a buy, and seven rated it a hold. Nevertheless, generally rising interest among hedge funds makes Colgate an interesting potential candidate for stocks to buy.

As you’ll see down below, Allstate (NYSE:ALL) doesn’t exactly win on every financial and investment metric. However, if you’re looking for stable stocks to buy, you shouldn’t ignore ALL (or its closest rivals). Since the start of the year, ALL returned nearly 14% of equity value for its stakeholders. In contrast, a theoretical share of the S&P 500 during the same period would have netted you a 19% loss.

I’ll take the 14%, thank you very much! Better yet, the framework should still be positive for ALL stock. Fundamentally, the underlying company benefits from a hostage audience. For instance, most states in the U.S. require auto insurance. Plus, with employers likely to force their workers to return to the office, the morning commute will be back. Cynically, this dynamic supports ALL as one of the stocks to buy.

Now, while Gurufocus.com rates Allstate as modestly undervalued, you should be aware that its profit margins (on a trailing 12-month basis) sit in negative territory. Also, hedge funds dropped some exposure in the third quarter of this year. Still, Wall Street rates ALL as a consensus moderate buy.

With circumstances cloudy for 2023, investors ought to consider warehouse-style retailer Costco (NASDAQ:COST) as one of the stocks to buy. Fundamentally, I appreciate how the business can easily adapt to varying circumstances.

Let’s say that inflation continues to worsen next year despite the Fed’s best efforts to contain it. By logical deduction, Costco offers a practical mechanism to beat rising prices. Through bulk purchases, consumers can mitigate the erosion of the dollar’s purchasing power.

On the other hand, if deflation becomes the norm, Costco has an answer to that too. With the company featuring a consumer demographic with a higher-than-average income, it caters to the affluent and upwardly mobile. Additionally, higher income usually equates to higher educational attainment, a positive during an economic downturn. Wall Street analysts also have the same idea, assigning COST a moderate buy consensus view. Out of 25 experts, 18 rated COST a buy while seven rated it a hold.

Depending on how severe a potential slowdown might be in 2023, investors ought to consider Dollar Tree (NASDAQ:DLTR) as a candidate for stocks to buy. Under the principle of the trade-down effect, consumers probably won’t drop from a top-tier retailer to a discount dollar store. Instead, they’ll taper down their purchases until finding a reasonable balance between price and quality.

However, it’s also important to note that the biggest beneficiaries of the Covid-19 crisis were affluent. In other words, the widening wealth gap indicates that much of the country is hurting. Another major crisis could send blistering demand to Dollar Tree (and admittedly its ilk). Therefore, it might make sense to plan DLTR as one of the stocks to buy now. Presently, analysts rate Dollar Tree as a consensus moderate buy. However, it’s a tricky narrative. Among 15 experts, nine rated it a buy, five a hold, and one a sell. To be fair, hedge funds have also been limiting their exposure. Still, with price sensitivity likely to become a major issue, it’s worth keeping close tabs on DLTR.

Probably the riskiest idea on this list of stocks to buy, American Water Works (NYSE:AWK) is a public utility that specializes in water and water treatment services. Fundamentally, the business features relevance because of its underlying predictability. I’m not going to say it has the cleanest financials. However, water represents our most precious resource. Therefore, its management will only become more critical over time.

Of course, the main distraction for AWK is its market loss. Since the start of the year, AWK dropped more than 17% in equity value. Quite frankly, the volatility is not that far removed from the aforementioned benchmark equity index. Still, in the trailing half-year period, AWK gained over 11%. And in the trailing month, shares swung up nearly 3%.

To be fair, hedge funds reduced some of their exposure in Q3 this year (relative to Q2). Nevertheless, over the past several quarters, these institutional investors have been building a sizable position. Ultimately, then, AWK is one of the stocks to buy ahead of potential uncertainties. 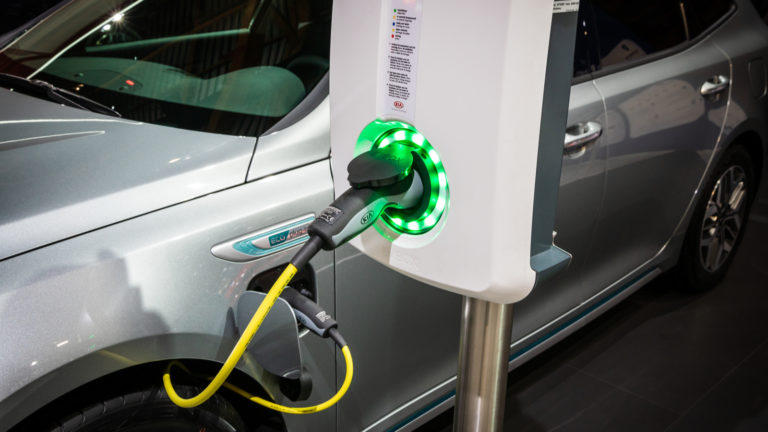 3 EV Penny Stocks Worth Picking Up for Under $1 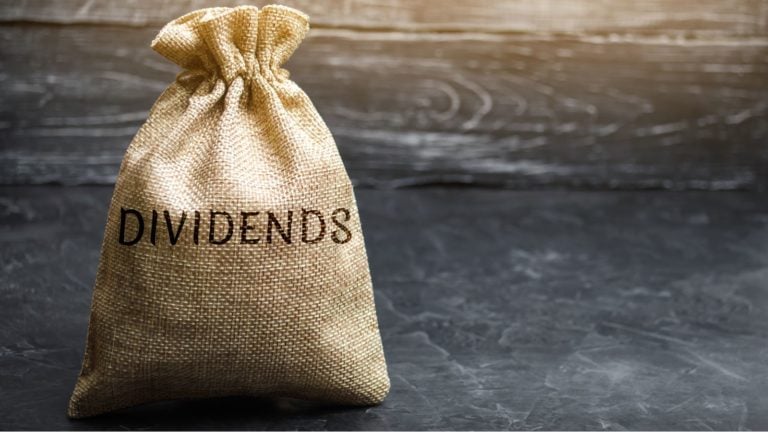 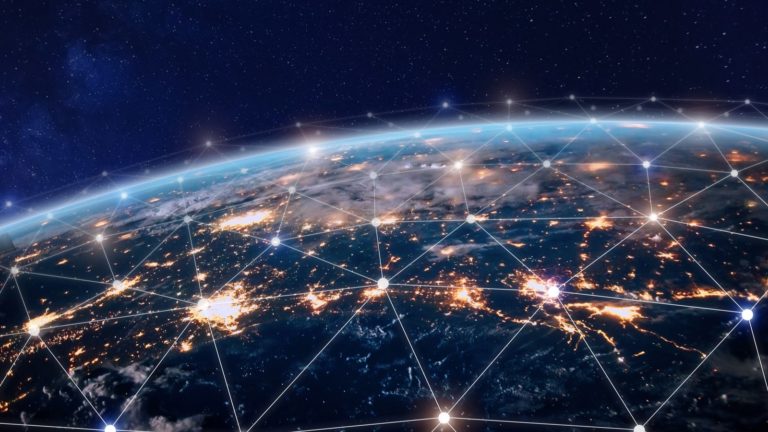 3 Telecom Stocks That Will Be Big Winners in 2023