Once considered to be a cash cow for investors, finding semiconductor stocks to buy and hold can be daunting these days.

The iShares Semiconductor ETF (NASDAQ:SOXX), an exchange traded fund that holds 30 leading semiconductor stocks, is down more than 35% so far this year as a chip shortage continues to stress the industry.

But if you’re a believer in technology and realize that semiconductors will continue to be in high demand, such a drop is pretty interesting for long-term investors.

Many of these semiconductor stocks to buy and hold are on sale, and investors who buy low can see their returns supersized if they play their cards right.

There are some indications that the chip shortage could begin to ease. The CHIPS and Science Act, passed by Congress and signed into law this year, is designed to increase semiconductor research and production in the U.S. Already, companies are making plans to expand their manufacturing bases in the U.S.

Where does that leave us? It’s time to go bargain shopping for semiconductor stocks to buy and hold.

When you think about First Solar (NASDAQ:FSLR), you probably think first about solar power and not semiconductors. That’s perfectly reasonable. FSLR is one of the most well-known solar stocks out there.

It’s also one of the best-performing stocks of the year. So far in 2022, FSLR stock is up by more than 70%, with plenty of reasons to think the trend will continue.

The company announced that it will invest up to $1.2 billion to scale production of photovoltaic (PV) solar modules, which could allow it to increase its power capabilities by more than 10 gigawatts by 2025.

The company says each of those modules features a layer of Cadmium Telluride semiconductor that’s thinner than a human hair. And it’s researching more ways to make products with an even thinner semiconductor layer.

The potential here is clear, particularly with the emergency of the Inflation Reduction Act in the U.S. that restores a tax credit for U.S. manufacturers that start production of PV projects before 2025. FSLR stock has a “B” rating in the Portfolio Grader.

This is one of the smallest and least-known stocks on this list. But never fear – even though Pineapple Energy (NASDAQ:PEGY) is a true penny stock at fewer than $3 per share, and even though it has a market capitalization of barely $20 million, there are plenty of reasons to be bullish about this energy company.

While Pineapple’s core market is in Hawaii, the company actually has Minnesota roots. Communications Systems, which previously traded on the Nasdaq exchange as JCS, bought out Pineapple earlier this year and changed its name and ticker accordingly.

Just prior to the merger, Pineapple had already bought two Hawaii solar companies, Hawaii Energy Connection and E-Gear. That gives the new Pineapple Energy a solid position in the Hawaii market.

Pineapple aims to use that as a launching point for building a nationwide footprint in offering solar solutions.

The company’s Q2 earnings report (its first since the merger) shows promise. Revenue was $5.9 million after being zero a year ago, and earnings per share was 15 cents – a welcome profit after the company lost 74 cents per share a year ago.

PEGY stock was trading at less than $1 per share at the beginning of the month but is up more than 215% since then. PEGY has a “B” rating in the Portfolio Grader.

ON Semiconductor (NASDAQ:ON) is a much less volatile play than PEGY, but it also has more of a track record to go by. It did get a big boost this summer when it joined the all-important S&P 500 index.

While much of the market is still deep in the red, ON Semiconductor is nearly breaking even, down less than 2% so far on the year. In a year like this, having a stock that’s flat is definitely better than one that’s been handing out losses right and left.

The company makes semiconductors that are used in automotive, communications, computing, consumer, industrial, lighting, medical and military applications. That’s a great place to be in as companies are clamoring for semiconductors and the CHIPS Act makes buying semiconductors from U.S. companies easier.

Earnings in the third quarter continued the company’s winning ways – revenue of $2.19 billion beat analysts’ expectations for $2.12 billion. EPS of $1.45 per share was better than the $1.31 the Street expected.

ON has an “A”  rating in the Portfolio Grader.

Amkor Technology (NASDAQ:AMKR) packages and tests integrated circuits for chip manufacturers. The company has a pretty big footprint outside of it’s home base in Arizona, with factories also in China, Japan, South Korea, Malaysia, the Philippines, Portugal and Taiwan.

Although it has faced some challenges this year – the company’s operations in Shanghai were hurt by China’s extended Covid-19 shutdown – but the stock has rallied as of late, up nearly 30% since early July.

Third-quarter earnings of $2.08 billion and EPS of $1.25 per share easily beat analysts’ expectations and showed strong year-over-year growth (revenue was up 24% from a year ago, with net income of $306.1 million being  an increase of 69%).

AMKR stock has a “B” rating in the Portfolio Grader.

I’m a big fan of Broadcom (NASDAQ:AVGO) stock because of its position in the 5G space.

Broadcom designs and develops semiconductors for the wireless and broadband communication industry.

That’s a great opportunity for investors because I’ve long been convinced that the applications of 5G could be life-changing. The ability to get lightning-quick internet speeds even when on Wi-Fi opens the doors for smart cities, machine learning, AI, virtual reality, and more.

Broadcom is also buying enterprise software company VMWare (NYSE:VMW) in a $61 billion deal that will allow it to expand into cloud computing.

AVGO stock has a “B” rating in the Portfolio Grader.

Another solar energy stock, Enphase Energy (NASDAQ:ENPH) makes and markets solar energy inverters and battery storage products. The company’s products allow customers to gather solar power, store it on a battery and use it in the event of a power grid failure.

Enphase will be able to use a smartphone app to direct power to essential appliances, which will help them to maximize their power reserves.

Earnings in the third quarter topped analysts’ estimates for the top and bottom lines as Enphase stock kept its hot streak intact. ENPH is up 55% so far on the year, including an 11% gain over the last month.

ENPH stock has an “A” rating in the Portfolio Grader.

Based in Seattle, Inpinj (NASDAQ:PI) is a pretty cool company. It manufactures tag chips that use radio-frequency identification (RFID) technology to allow users to track an item’s identity, location and authenticity.

Its products can be used by retailers to prevent theft, food suppliers to help record use-by dates, pharmaceutical companies and fleet management. Its tags are also a critical tool for the Internet of Things, as it allows computers to track inventory and the supply chain.

PI stock has had a pretty good year as well, up 16% in 2022, and up 22% just in the last month. Third-quarter earnings also continued the company’s trend of beating expectations, as it reported $68.27 million in revenue of 34 cents EPS – both better than the forecasted $64.79 million revenue and 20 cents EPS.

PI stock has an “A” rating in the Portfolio Grader as well. 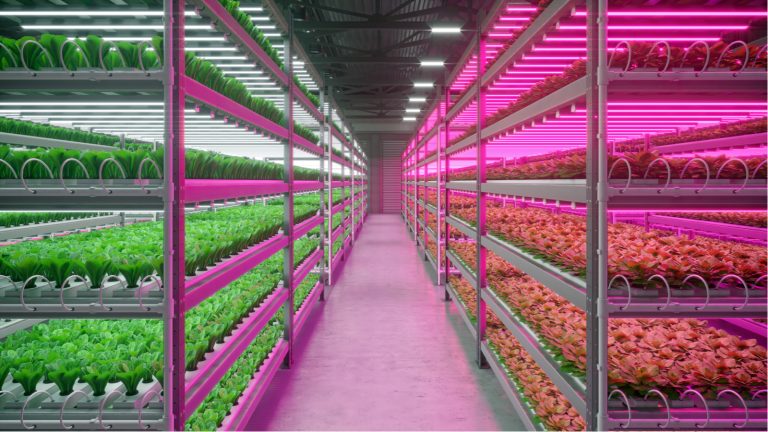 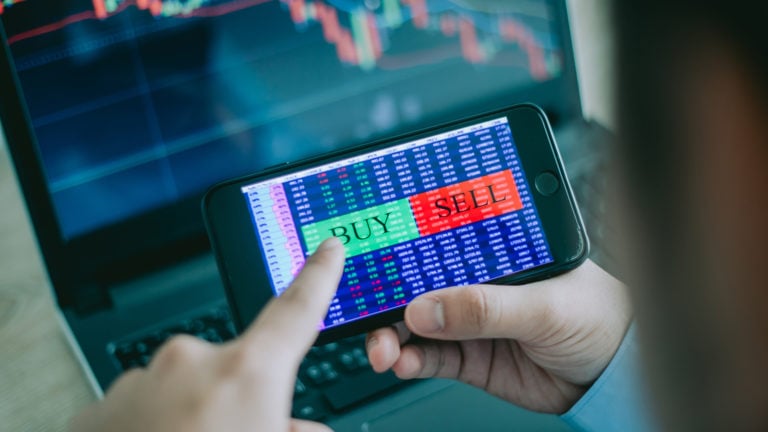 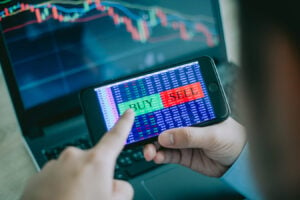