Skip to content
Homepage / NASDAQ:BYND / 7 Stocks to Sell Before They Implode

As we near the end of a horrendous year for the stock market, many investors may want to reassess their portfolios. Accordingly, for many investors, shifting the focus away from the buy list to stocks to sell may be the way forward.

Whether you’re a long-term investor or a short-term trader, it’s important to know when to cut ones losses. Unfortunately, there are many reasons why an otherwise good company can turn into one of the stocks to sell on the list below. But the first step in making such a determination is acknowledging the key factors that need to change for this to happen. These can range from changing macroeconomic conditions, which can impact certain sectors, to investors simply having different views on a company and feeling downbeat over its price.

Here are seven stocks investors should jettison without a twinge of remorse, particularly those looking to shed some dead weight and start fresh in 2023.

Leading off this list of stocks to sell is Zoom Video (NASDAQ:ZM). Zoom’s remarkable transformation from a relatively unknown company to one of the biggest beneficiaries of the COVID-19 pandemic proves necessity is indeed the mother of invention.

Before the global pandemic and resulting lockdowns, Zoom had only started to receive notice as a viable video-conferencing competitor in an already crowded market. But when it became clear that traditional methods of work and school were no longer possible, people quickly shifted to online options such as Zoom.

That said, with the pandemic firmly in the rear-view mirror, Zoom is only a shadow of its former self. The company’s single-digit growth rates pale compared to its results during the height of the pandemic, where it delivered triple-digit growth in its revenue base. Moreover, the company’s expenses have been growing significantly quicker than its sales. Operational income during the third quarter was at just $66.5 million compared to an operating profit of roughly $291 million in the same period last year. Things will only worsen for the business as the world heads into a likely recession. Therefore, I think it’s best to avoid ZM stock.

Despite the obvious benefits that a consumer staple like Clorox (NYSE:CLX) had during the pandemic, the good times have ended for the stock. Though the company has held onto its sales surprisingly well, significant inflationary pressures have had a crippling effect on its bottom line. Labor and logistics costs have ultimately ate into the company’s once-lofty margins.

Though Clorox has been a no-brainer investment over the past couple of years, times have changed considerably. Thus, it’s perhaps best to discard CLX stock from your portfolio. Surprisingly, this stock still trades over 28-times forward cash flow estimates, which is roughly 36% higher than its 5-year average and 89.5% higher than the sector.

Peloton (NASDAQ:PTON) was one of the pandemic’s most explosive stocks, outperforming even the most popular tech giants. People were confined to their homes and eager to keep in shape, driving up demand for Peloton’s internet-connected treadmills and exercise bikes.

With gyms and fitness centers closed due to social distancing requirements, the company quickly became a pandemic darling, with its share price going through the roof. However, when vaccines started rolling out, interest in Peloton’s products began to wane, and the company plummeted back down to earth just as dramatically as it had initially taken off.

Multiple top executives working at Peloton have jumped ship, including its CEO. In the company’s most recent quarter, the firm reported a first-quarter loss per share of $1.20, almost 90% higher than the 64 cent loss per share expected by Wall Street analysts. Expect PTON stock to tank further along with the equity market as more economic troubles remain ahead.

Despite its burgeoning potential, the crypto sphere is currently experiencing plenty of headaches. The FTX debacle has sent shockwaves through the entire industry, leading to uncertainty, disarray, and mistrust. The departure of Sam Bankman-Fried, the previous CEO of FTX, has only added fuel to this fire as investors continue to grapple with the implications of his abrupt exit.

These events make it difficult to ignore that crypto winter is in full swing. Investors are concerned about risks stemming from platform reliability and market integrity. It is clear that until these issues can be addressed effectively, the entire industry is set to remain entangled in crisis.

Most exchanges are suffering heavy losses in the face of mounting skepticism. Coinbase (NASDAQ:COIN) saw its user base drop to 8.5 million from its peak of 9.2 million earlier in the year. Moreover, the firm reported a hefty loss totaling $545 million in the third quarter. It seems likely that these losses will only increase going forward, weighing down its stock for the foreseeable future.

Chewy (NYSE:CHWY) is a leading online retailer that provides a robust and flexible platform for ordering pet food and animal products. Its business caught fire during the pandemic, but has failed to live up to investor expectations since then. Growth rates have normalized, and its attempts to attract new customers have been mostly fruitless. Hence, Chewy has had to rely solely on upsells to its existing customers to sustain an increase in income.

Furthermore, the number of active users on the platform fell year-over-year, suggesting that the user base for the online retailer is shrinking rapidly. With a total addressable market estimated at $261 billion, Chewy’s lackluster results are especially troubling.

Rivian (NASDAQ:RIVN) has been caught in the economic crossfire, like many of the stocks to sell on this list. Multiple factors, including rising interest rates and a product recall, has tanked this upstart EV maker’s stock. Moreover, recent reports indicate that several of the company’s Illinois factory employees have experienced safety violations. The development is concerning, considering what should be expected of a company trying to scale up production.

The numerous uncertainties regarding Rivian’s current state make it difficult to predict whether or not the business will be able to continue building sustainable production growth and ultimately become an established player in the EV market. Amidst this flurry of doubts, Rivian desperately needs any good news to push through this turbulent period.

Last on our list of stocks to sell is popular plant-based meat company Beyond Meat (NASDAQ:BYND). While it has succeeded in changing the nutrition narrative toward plant-based alternatives from eating animal proteins, the company faces stiff competition from other companies such as Tyson Foods. Some experts have suggested that this could be a difficult market for Beyond Meat’s products due to the entrenched influence established brands carry.

Moreover, with rising inflation, Beyond Meat’s profitability metrics are down considerably. In its third quarter, it reported a 22% drop in sales from the prior-year period. More importantly, the company lost more than $101 million, nearly double the loss from the same period last year. Consequently, this is a company that’s burning through truckloads of cash in an environment where it can’t afford to do so. 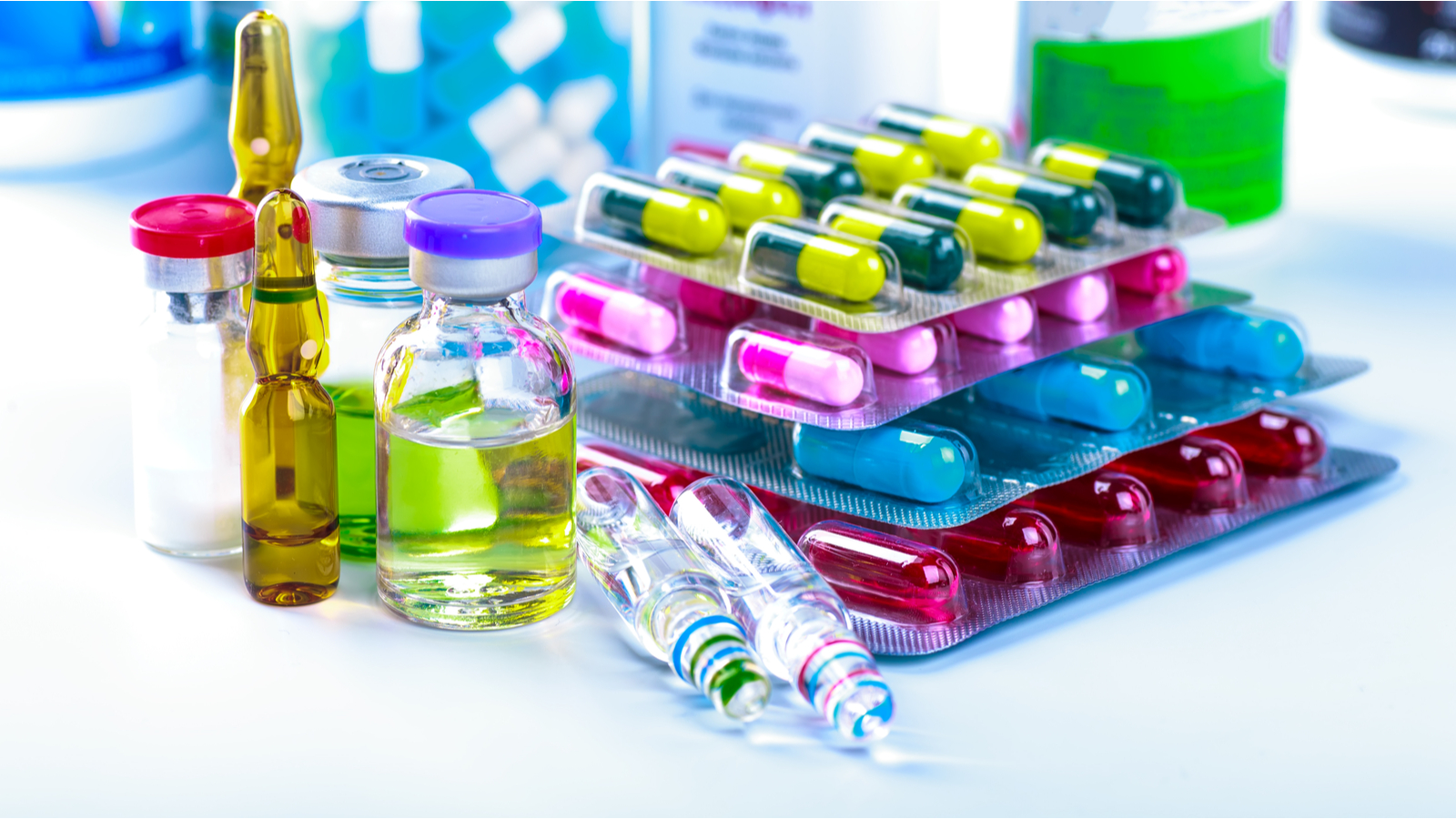 Why Is Tenax Therapeutics (TENX) Stock Up 149% Today? 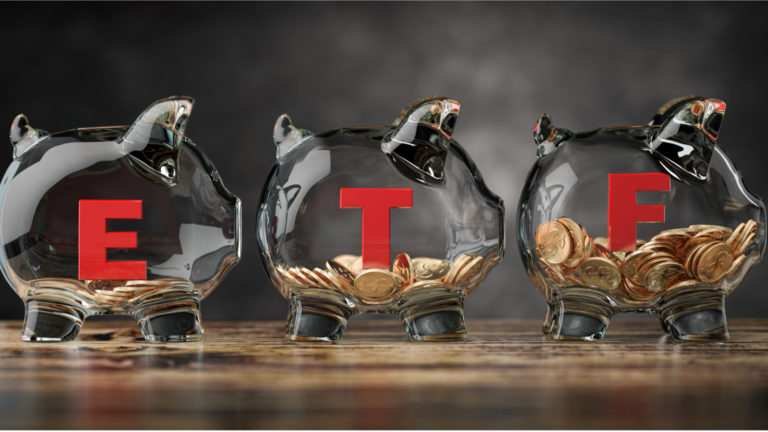 The 7 ETFs to Buy for the Perfect Portfolio