Three Fed presidents sound hawkish about rates in 2023 … a surprise move from the Bank of Japan … is crypto exchange Binance in trouble?

The Fed presidents are back on their speaking circuit, spreading holiday cheer.

(Mester) said on Friday that she believes the U.S. central bank will have to raise interest rates higher than the level most policy makers cited in their Fed forecasts this week.

Against the Fed’s projection that the current federal funds rate of between 4.25% and 4.5% will rise to 5.1% next year, Mester said, “I’m a little higher than the median” …

“We need to continue to bring up interest rates into a restrictive stance,” Mester said. “We did a lot of work this year” moving rates up aggressively, she said, adding once the Fed finishes raising rates, it will need to hold them there for “quite a while in order to get inflation on a sustainable downward path.”

Also last Friday, Federal Reserve Bank of New York President John Williams said that while inflation is showing some improvement, the tight labor market will likely keep price pressure elevated. And that will warrant high interest rates for a while.

“We have clear signs that demand exceeds supply in our labor market” and broader economy, Williams said Friday…

“We’re going to have to do what’s necessary,” Williams said. “It could be higher than what we’ve written down” if that’s what it takes reduce inflation to the Fed’s 2% goal.

Williams also highlighted a point we made in the Digest last week – while there has been improvement with goods inflation, it’s been a different story with services inflation:

Where inflation is still high is in these core-services areas — the areas that are probably going to be more persistent and really reflect the imbalance between supply and demand in the labor market and the overall economy.

Finally, there was San Francisco Federal Reserve Bank President Mary Daly going full-Scrooge on bulls looking for a quick return to rate-cutting in 2023.

(Daly) said its “reasonable” to think that once the Fed policy rate gets to its peak, it will stay there for nearly a year, and added she’s prepared to keep it there longer if needed.

“Everybody has rates holding for ’23,” Daly said in a virtual event…

“I think 11 months is a starting point, is a reasonable starting point. But I’m prepared to do more if more is required,” she said, adding that it will be the data that determines exactly how long the Fed will keep rates restrictive.

In yesterday’s Digest, we looked at the timing relationship between a stock market bottom and an economic bottom. We pointed toward a report from Goldman Sachs suggesting that the low point in the stock market usually comes three to six months before the economy’s low-water mark.

With this guiding our analysis, we walked through a hypothetical in which the market could find its low in Q1 or Q2 of 2023, resulting in a fantastic buying opportunity.

But if the Fed is serious about holding rates at peak restrictive levels for 11 months (or longer), that would delay the inevitable economic bottom, which would push back the market bottom too.

In prior Digests, we’ve used the analogy of having your hand stuck in a vice clamp. Clearly, the pain worsens as that vice clamp tightens. But pausing the tightening doesn’t make the pain go away.

The Fed pausing rate-tightening at, say, 5.20% yet holding that level for 11 months is going to inflict massive pain on the economy and U.S. consumers.

The idea of a soft landing in the face of 5.2% rates for 11 months is absurd.

So, yesterday’s discussion of a buying opportunity in the first half of next year has to be reconsidered if the Fed is going to follow this path. After all, it can crush corporate earnings by holding rates too high, too long.

In a move that challenges the notion of a smooth return to 2%, this morning we learned that Japan unexpectedly widened its yield curve control

Here’s MarketWatch with what happened:

The Bank of Japan sent shock waves through global financial markets Tuesday, effectively loosening a cap on 10-year government bond yields in a surprise move seen as potentially pointing the way to a broader tightening by the last major global central bank to maintain an ultraloose monetary policy.

The BOJ said the yield on the 10-year Japanese government bond could rise as high as 0.5% from a previous cap of 0.25%.

This is significant because Japan’s central bank has been the final remaining global tether to low interest rates. So, the move sniffs of fears of inflation.

Now, the BOJ didn’t specifically cite inflation as the reason for the move. Instead, it pointed toward concerns about the functioning of its bond market. But some analysts believe this is misdirection, and they fear what is suggests for Powell & Co.

Why did the BoJ do it?

As I write, we are waiting for BoJ Kuroda’s presser.

Will he say this is a policy change as Japan, repeat JAPAN!, is now worried about inflation!!!

Or will he try to dismiss this as a technical move? If so, will anyone believe him?

Again, if JAPAN! is NOW hiking to changing policy NOW because of inflation, remind me why the Fed would be pivoting anytime in 2023?

The answer is they will not. You can forget a pivot.

This is certainly a strike against the bullish hypothetical from yesterday. Worse, it suggests we need to consider a darker hypothetical in a coming Digest…

What if we’re already too-far gone?

In other words – we could be entering a world in which a return to 2% inflation is a pipedream… the debt service the U.S. government will have to pay at higher yields is mindboggling and scares foreign treasury buyers… the Fed breaks something important in our financial system as it tries to plug the dike in this mess… and the only reason rates come down is because the Fed will be forced to slash them to shore up a financial implosion.

Not a happy scenario, but one we’ll need to look at.

Finally, over in the crypto sector, is Binance the next shoe to drop?

In recent weeks, we’ve brought you the story of the bankruptcy of crypto platform FTX. Its founder Sam Bankman-Fried is now facing the possibility of jail time.

Well, tipping the final domino of that implosion was Changpeng “CZ” Zhao, the CEO of the world’s largest crypto exchange Binance.

The short version of what happened is that due to a spat with Bankman-Fried, CZ liquidated his holdings of FTT, which was the native token of FTX. This resulted in a massive price drop in FTT, which led to further selling, a lack of liquidity, and the realization that FTX was a house of cards.

Well, in recent days, as crypto investors have panicked about the safety of their money held on their exchanges, a flood of redemptions have hit Binance.

Cue the rumors that another meltdown could be in the cards…

Back in 2019 – when Sam Bankman-Fried (SBF) was still golden and FTX was on the up-and-up – Binance, the largest crypto exchange by trading volume, invested in the now-defunct crypto exchange’s series A. Last year, it exited that transaction after SBF bought out its stake for $2.1 billion.

That $2.1 billion payment, according to Binance CEO Changpeng “CZ” Zhao, was received through a combination of BUSD, BNB, FTT and IOUs (presumably – only half-kidding).

In an interview this week, CZ told CNBC’s “Squawk Box” anchors that, in fact, a “good chunk” of that payment was received in FTT – which, lest we forget, is now aggressively less valuable than an IOU – and that up until recently he had “actually forgot” about some $580 million FTT that Binance had left over from the transaction.

CoinDesk goes on to explain that as FTX goes through bankruptcy proceedings, the $2.1 billion to Binance could be considered a fraudulent conveyance by bankruptcy lawyers.

Back to CoinDesk for the potential implications:

…The bankruptcy court could potentially reach back into the transaction history and pluck (i.e., force Binance to pay back) that $2.1 billion in U.S. dollars, regardless of whether it was originally conveyed in FTT, IOUs or fairy dust – doesn’t matter.

Last month, as FTX was collapsing and investors were panicking, Binance released proof of reserves to calm the rattled nerves of the crypto community. The accounting firm helping with those proof of reserves is called Mazars Group.

With this as our background, enjoy this headline from CNBC from last Friday:

Mazars Group suspends all work with crypto clients including Binance, Crypto.com, citing concerns over public perception of proof of reserves

Whether we’re just feeling an aftershock of the FTX meltdown, or this is a foreshadowing of a far bigger quake on the way, the crypto sector is rumbling right now.

We’ll keep you updated here in the Digest. 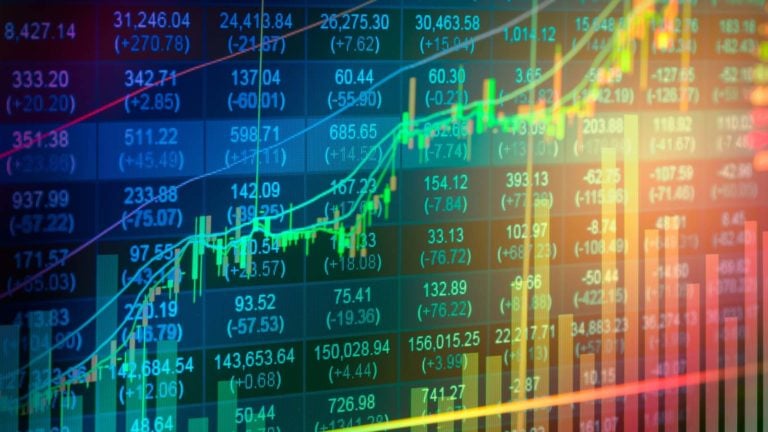